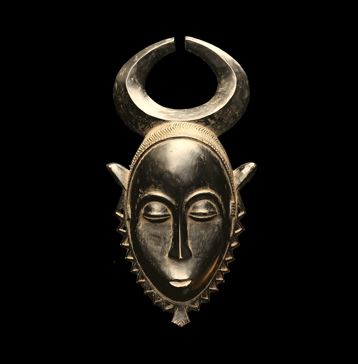 The Baoulés are the most important ethnic group in Côte d'Ivoire, ahead of the Bétés and Senoufos. They originated from neighbouring Ghana and settled in Côte d'Ivoire in the 18th century.

The legend of Queen Abla Pokou is the founding myth of the Baoule people.

Legend has it that Abla Pokou was a beautiful and intelligent queen who ruled her people with love and wisdom. His kingdom lived in peace until one day a fratricidal succession struggle broke out within the royal family and forced Abla Pokou to flee with her relatives and supporters.

Pursued by a more powerful enemy, Abla Pokou and his people are blocked in their flight by La Comoé, the natural border river between Ghana and Côte d'Ivoire.  Unruly and roaring Comoé became impassable by the abundance of winter rains .

The enemy is approaching. Without a solution Abla Pokou asks the diviner, the komian, to consult the gods and ask for their help to cross the river. They demand that Abla Pokou and her people be offered what is most precious to them. Gold, diamonds, are gathered and proposed but refused by spirits

Abla Pokou understands that only the sacrifice of her only son, can satisfy the spirits of the river. Despite her deep pain, Queen Pokou decides to save her people, raises the child above her and throws him into the rumbling waters. Immediately the waters of the Comoé calm down and withdraw.

The river crossed, the queen turns one last time and whispers "Ba ouli": the child is dead . To thank his queen, the people took this cry of pain as their name: "Baoulé".